Today started as a day of clichés. As I flew into a grey damp Copenhagen I had a sense I was entering into a Scandinavian crime thriller, the sea was choppy, clouds were low and atmospheric and the grey drizzle lent an atmosphere all of its own. The mother and daughter sat next to me were quintessentially Danish, tall, blonde, slim and effortlessly stylish in all black. Even the toilets in the airport had that classy minimal design style which is saved solely for new-build galleries, theatres and arts buildings in the UK. 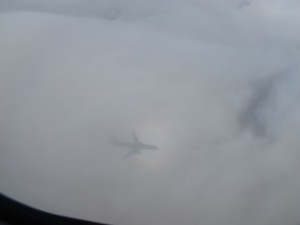 I’m in Denmark, and specifically Zealand for a few days thanks to a Taste Local Bursary. I have an itinerary of farms, farm shops, food festivals and markets planned before I head home on Wednesday. The flavour of the trip will typically be pigs, pork and the wider world of charcuterie (what else!). Within ten minutes of landing, hungry for some lunch I decided to join the locals in a queue at a small booth in the airport for a Steff hotdog. I now know, thanks to wikipedia that the Steff hotdog is the most popular in Denmark with over 4300 hot dog stands across the country. Steff are owned by Tulip(a familiar name), who have plenty of Danish products on our own supermarket shelves. 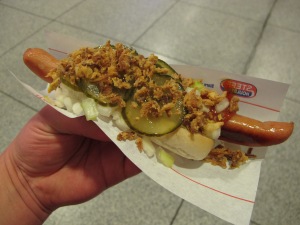 My first appointment for the afternoon was a visit to Mineslund, a 100km drive from Copenhagen. I shot across country to see the farm and facility/shop before they closed for the day. The farm is set on a thin peninsula, with sea to both sides, amongst glorious arable farmland, however it sits in complete contrast with the towering industrial skyline of Kalundborg some five miles away(more in a minute). 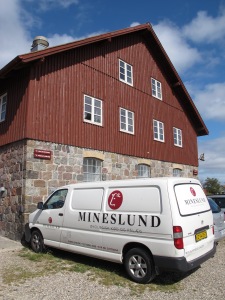 Their processing facility is a very modest space consisting of cutting tables, vacuum filler, bowl chopper, single trolley smokehouse and a steam oven. Further chillers and drying rooms were accessed from the main cutting space. The processing space takes up around 2/3 of the facility, with the farm shop taking up the other part. 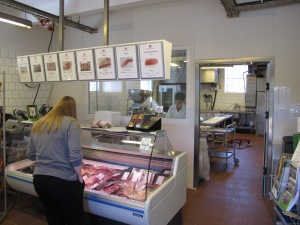 Although the farm is primarily used for cattle production, the predominant produce was pork which is sourced from an Organic producer. However, products did include pork, beef and lamb. What struck me initially was the breadth of produce available, fresh cuts of meat, various types of sausage (fresh, emulsified, cooked, smoked), cooked meat products and salami. The salami was as I expected – a fast-fermented, quick dried Northern European type salami in textile casings. They had a range of pork, pork & beef as well as a lamb salami. Due to the nature of their process they typically take only a week to produce (in stark contrast to our own small salamis that take over six weeks). However, they do produce a Spanish style dried chorizo in a natural casing, which had been produced using more traditional South European methods. I’m not being sniffy about Danish salami, it’s just that I prefer Italian/Spanish or French style to German and Scandinavian. 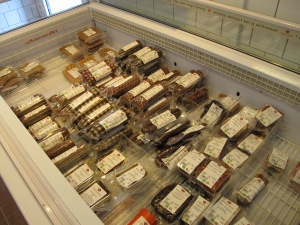 I had a taster of their ‘beer sticks’, small dried beef, chilli and beer snacks. Utterly delicious, beefy and beery, and not too unlike the South African droewors in their look and texture. 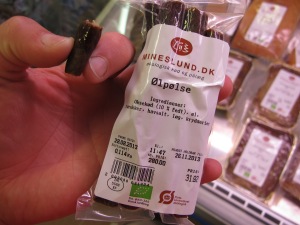 The majority of products were smoked, and when I asked whether they ever made any unsmoked cured products I had a blank reaction, followed by a curt “no, everything is smoked”. Fresh cured and smoked bacons differed greatly from our own. The loins were heavily trimmed, seam cut and had none of the ‘tail’ from the belly that we have on British back bacon. Fresh semi-coarse sausages were sold frozen as they were without preservatives. There was a good selection of emulsified sausage, three types of ‘franks’ remained in the counter but apparently they had a much wider range, but they’d been selling well that weekend.

Considering that the farm is out on a limb, they were making steady business all afternoon. In addition to farm shop sales, they also sell online and through weekly direct deliveries. When I checked in to my B&B for the night the owner was glowing in her recommendation of Mineslund. Her description was “it’s where you go and buy special things for when family and friends visit”.

I should really mention the B&B proper, it’s palatial, again sticking with those clichés from earlier – it should be on the pages of Elle Deco. It even has a huge living room complete with distressed leather armchairs and an immense collection of taxidermy. I’ve decided to name this fella Charlie… 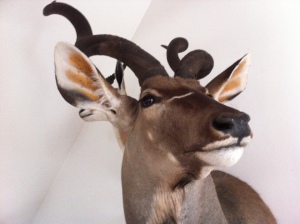 There’s also a little kitchenette, which I’m chuffed to bits with. I opened the knife drawer to find Global knives. I don’t even have that standard in my own kitchen (we have Kitchen Craft and a couple of Conran designed Sainsburys jobbies). Anyway, the use of a kitchen meant I could plate up my evening meal rather than try and eat everything from the packet with a spoon. I’d bought svinepostej from Mineslund – best description is that it’s a cross between a pate and a faggot, it’s an emulsified liver, backfat and herb mixture that’s been steam cooked in a little tray. It’s delicious, it must have another ingredient as it doesn’t seem as ‘liver-ey’ as a pate or faggot. Second up is lammerullepolse a heavily salted/cured rolled lamb breast with a liberal dressing of parsley. Seriously good stuff, the earthy lamb has an incredible punch to it. Day one of meat eating has gone well so far (don’t worry I’ve had two apples, cherries and plenty of juice today too). 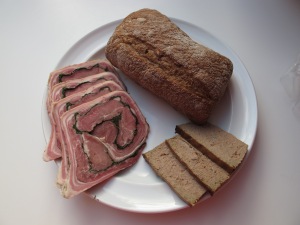 One last mention for the nearby town of Kalundborg, when researching for the trip I’d come across Mad Med Mere, the google translation is pretty poor but from what I understand it’s a ‘chain’ of independent butchers shops (I might be completely wrong). I’d seen that they had a branch in Kalundborg so I thought I’d head there late afternoon. Not thinking, I’d assumed that shops would be open until 5-5:30 on a Saturday. Nope, Saturday hours are 9:30-2:00. They’re pretty ’boutique’, and I’m a bit gutted I missed out today as the inside looked lovely, fingers crossed I can visit another during the week. 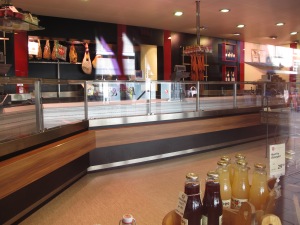 I was a bit shocked that things closed so early on a Saturday, and from the looks of things, nothing opens on a Sunday (much as the rest of Europe). This isn’t a ‘British abroad’ rant, I thought this was an excellent ‘experience’. The purpose of study trips abroad isn’t just to learn about other cultures, it’s also a way to evaluate your own culture. Saturdays, for us are generally our busiest day. From September we’ll have two markets every Saturday, a market every other Sunday and I’m working on doing some extra events on Saturday evenings if I can logistically fit them in. I’d read a book recently about French culture, and about how they didn’t believe in Sunday opening as it was a Capitalist ideal that was far too close to Americanism. The French would rather make ‘just enough’ rather than follow those ‘American dream’ ideals of making money. Interesting, I know the UK have always had a ‘special relationship’ with the US but I’d never thought of its influence on our shopping habits and our views of the Capitalist ideal. Anyway, enough of my rambling, here’s a picture of the port at Kalundborg. 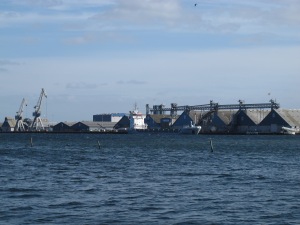 “We were somewhere around Barstow, on the edge of the desert, when the drugs began to take hold.”

So said Hunter S. Thompson in Fear and Loathing in Las Vegas. Well, for me, I was nearly at Swindon spurred on by strong coffee and van karaoke when the news finally sank in that the grant offer had become reality. Not really that glamorous, but it had taken four whole days for it to happen.

Just over a week ago I had a call from a senior official at the Welsh Government to say that the final management checks were underway and that things were looking good for the grant, it became official as an approval letter came through our door on Friday. Success.

Thanks to all who’ve supported, contributed, and helped us on our way. Now for the hard work to start.